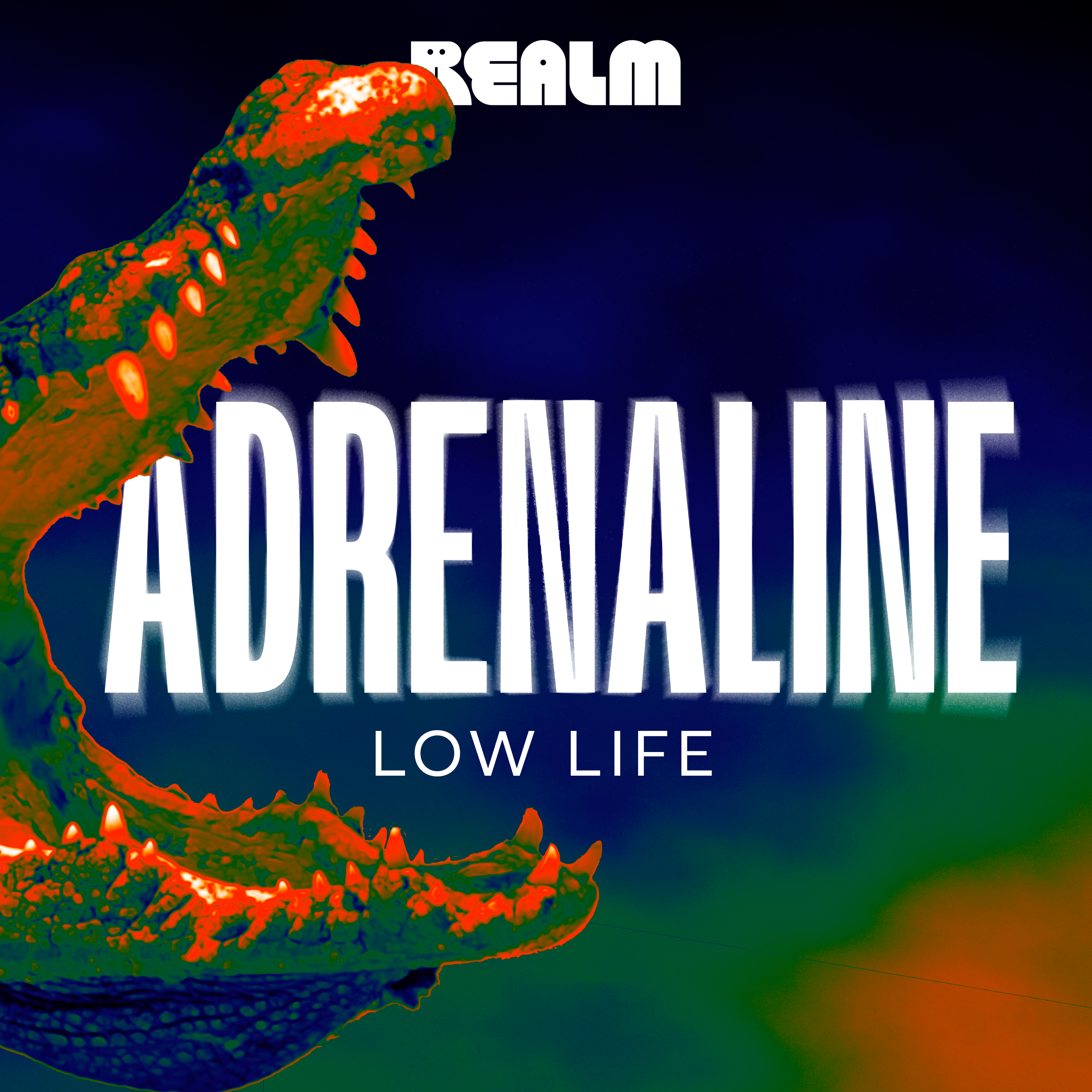 ADRENALINE is a collection of Realm’s most riveting thrillers, introduced by host Neil Hellegers.
Every month, a new audio series will bring you to the edge of your seat — and keep you there. With episodes dropping twice a week, you’ll never be without something to keep the adrenaline flowing.

Whether you’re uncovering the secret of disappearing ships in the Bermuda Triangle, or in the race of your life against time and your evil doppelgänger, you may want to watch your back, as things are not always as they seem. The suspense and excitement of ADRENALINE will show that fight or flight are not the only options in the face of danger. Sometimes you just need to keep listening…

This month, we are featuring a story called Echo Park, starring Harry Shum Jr. This crime thriller follows clones with very different lives, and is full of mysteries and conspiracies that will keep you guessing the whole time.

James and Terrance share DNA, but they aren’t brothers. They aren’t even friends.

As a civil advisor for the LAPD, James relies on Terrance— his genetic clone—to help him pass mandatory drug testing. But when Terrance suddenly goes missing, and multiple clones end up murdered, a case of mistaken identity forces James to inhabit his double’s life, risking that the secret of his addiction will unravel his carefully composed lies.

First designed as biotech property and then raised in foster care, Echoes live on the outskirts of society; genetic clones of their sources, but rarely accepted into their lives. That’s what Terrance should have been for James— a stranger he never even knew existed— but instead, their lives became dangerously intertwined.

After Terrance misses their usual exchange of clean urine for cash, a man with a gun shows up instead. In order to stay alive, James pretends he’s Terrance, setting off a dangerous chain of events that quickly spiral out of his control. Inhabiting his clone’s life is the easy part; James is used to lying. He’s lied to his traditional, well-off Chinese parents about where he goes at night, to his coworkers at the LAPD about his drug habit, and to Terrance, about how severe his addiction really is.

It never occurred to him that Terrance was keeping secrets, too.

As he learns about the history of clones, James begins to question the biggest secret of all: the one his parents kept when they, like many others, chose to clone their children.

When clones are murdered and James is blackmailed by someone who knows his true identity, finding Terrance becomes only half the mission. Because the clues left in his wake lead to a conspiracy even more cold blooded than murder— and if James can prove it, the lines and lies that divide his world and the clones will be shattered forever.

Heard Adrenaline: Echo Park on Realm yet? Join me: https://realmfm.page.link/K3KcckULsisZcJcb7

Brad Marlin’s life and career gets disrupted when he takes a late-night job from graduate student Kari. This is no ordinary chupacabra infestation…

Adrenaline: Low Life is a Realm production. Listen away.

Low Life E2 - And Then There Were-Gators

Brad reluctantly seeks help from the Sheriff’s office, and Kari comes face-to-face with a new monster.

Low Life E3 - This One Time at Sucker Camp

Brad and Kari realize they might be criminals and are forced to cover their tracks.

A new face reveals that the answers to Brad and Kari’s questions may lie in a local environmental group… and one of the wealthiest people in town.

A journey into the swamp introduces Brad and Kari to the door of radical environmentalists, where more clues are uncovered.