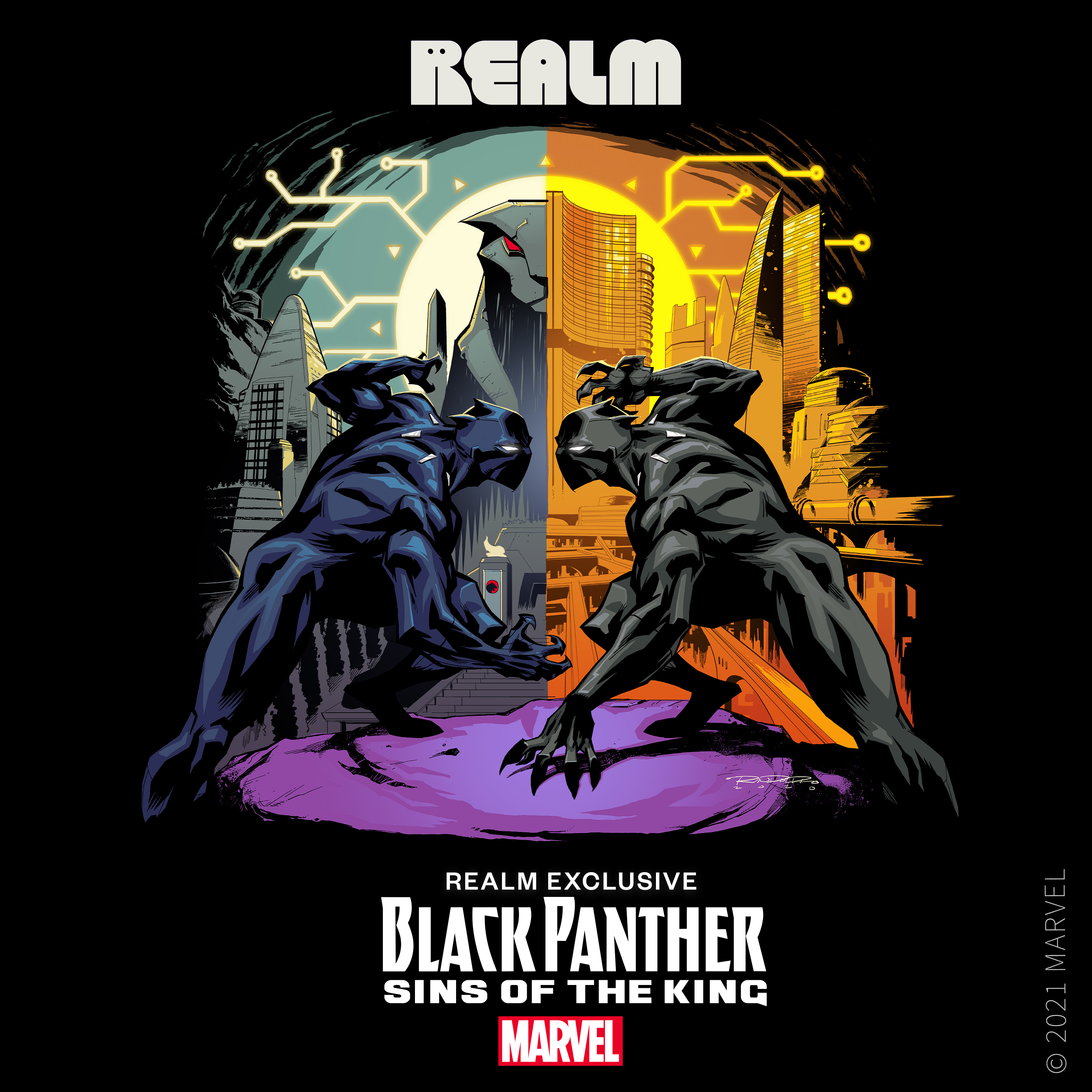 The Black Panther has a terrible secret.

T'Challa strives for excellence—to be a fair and worthy king, a global citizen, an Avenger. But when an army of undead threatens Wakanda, The Black Panther turns to his long-lost father in the fight against his most lethal opponent yet—the demons of his past. © 2021 MARVEL.

Heard Marvel's Black Panther: Sins of the King on Realm yet? Join me: https://realmfm.page.link/oTpprkZezF8Kwqwa9

The Black Panther and his fellow Avengers intervene when a dangerous foe targets Rudyarda, a nation once reviled for apartheid practices.

A King of Wakanda is resurrected.

The aftermath of the Rudyarda attack haunts T’Challa—as does his father’s difficult legacy with the country.

T’Challa must uncover the truth behind the not one, but two dead men walking in his kingdom.

A diplomatic mission to Rudyarda ends in catastrophe when T’Challa is betrayed.

Snake in the Grass

Back in Wakanda, Shuri and Misty Knight contend with an enemy among them.

The Black Panther plots his escape.

As Wakanda is invaded by an enemy alliance, a Black Panther gathers his family to fight.

Rise of the Undead

A warrior is welcomed to the ancestral plane.

More like Marvel's Black Panther: Sins of the King