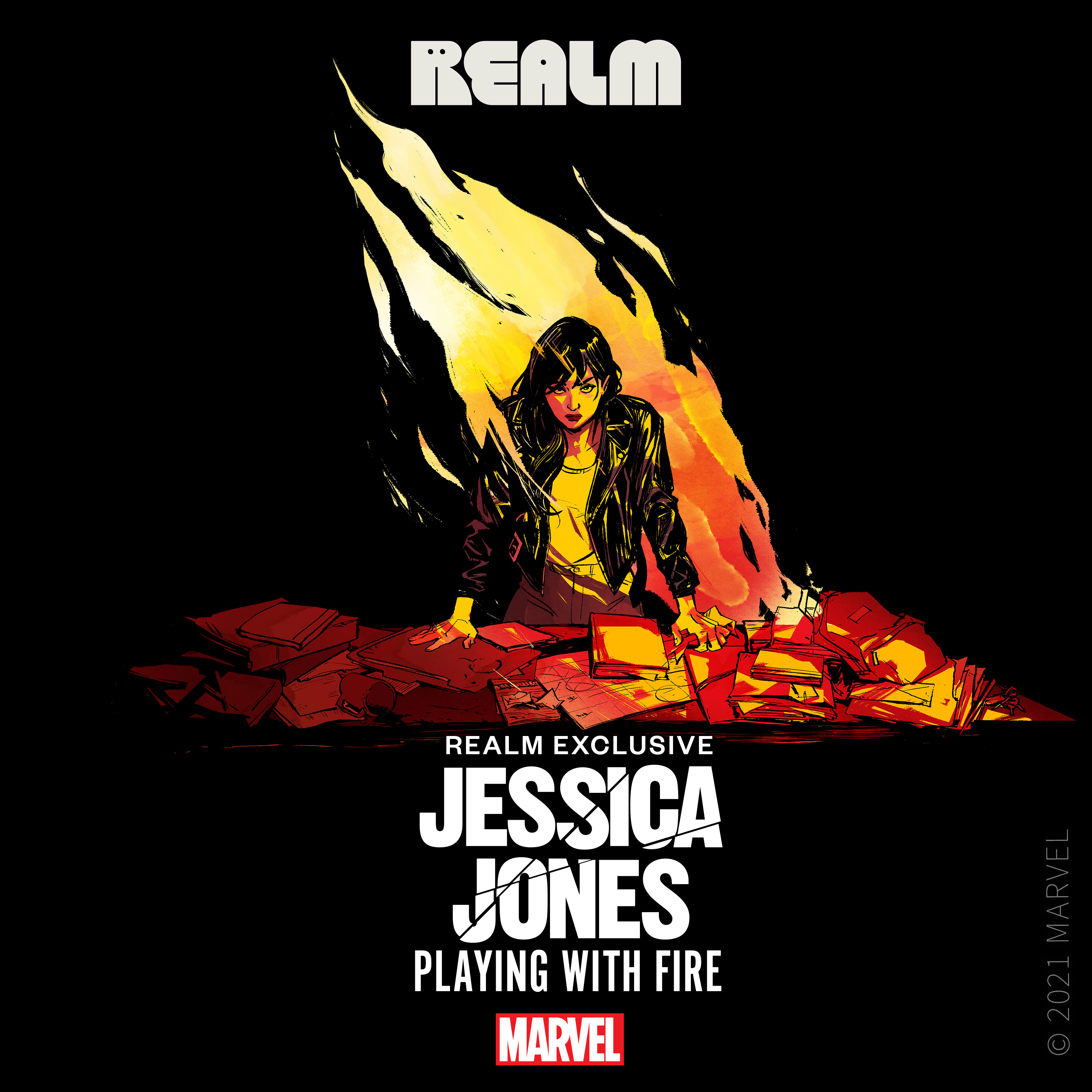 The safe choice? Walk away. But when has Jessica Jones ever played it safe?

"Once again Serial Box uses the playground that is the Marvel Universe to its fullest potential." -But Why Tho | Jessica Jones has made an art of ignoring her particular brand of super-powered trauma. But these days, she’s giving the whole “self-care” thing a try. Seeing a therapist, finding healthier coping mechanisms (read: no business-hours drinking), working toward not wanting to punch things all the time. Maybe even taking the occasional case that won’t eat her alive. A simple missing persons case seems like just the ticket. But when a boy’s body turns up under an overpass in what looks like a cut-and-dried OD, Jessica can’t let it go and dives headlong into an obsessive search for answers.

Heard Marvel's Jessica Jones: Playing with Fire on Realm yet? Join me: https://realmfm.page.link/dbp1vHtTUhzRC5xP7

Ice cream truck turf wars and a missing teenager. Or, a normal week in the life of Jessica Jones.

The Boy Under the Bridge

Jessica drops by the Hellfire Club and later finds Jamie. She almost wishes she hadn’t.

This is Going to Hurt

Another visit to the Hellfire Club turns up new leads––then everything goes wrong.

A Visit from Old Friends

After Matt Murdock gets her out of jail, Jessica pursues new leads in Jamie’s disappearance.

Fake it Till You Make it

Jessica may not be able to go back to the Hellfire Club, but no one said anything about Nova Naledi.

It was Always Burning

With the Hellfire Club off limits, Jessica is down to two pieces of evidence: an ATM receipt and a locked phone.

My Door is Always Open (Now)

Jessica goes on a Brooklyn adventure to crack the passcode to Jamie’s phone. But she’s not the only one interested in him.

Jessica meets up with Sam to drink some bad booze and share what she learned from Jamie’s phone.

Jessica’s investigation takes a bizarre turn when she confronts Diane over the new evidence.

Jessica wakes up in a cell. But how? And more importantly: why?

Other Times, Other Places

Jessica and Sam join forces for a daring escape.

Baba ghanoush and a little help from friends––it’s a start.

Jessica and Sam uncover more of the truth and face off with Shaw once and for all.

Long tunnels, remote hunting lodges, and creepy taxidermy are definitely not what the doctor ordered.

Jessica has all the pieces––now it’s time to make sure what happened to Jamie never happens to anyone again.