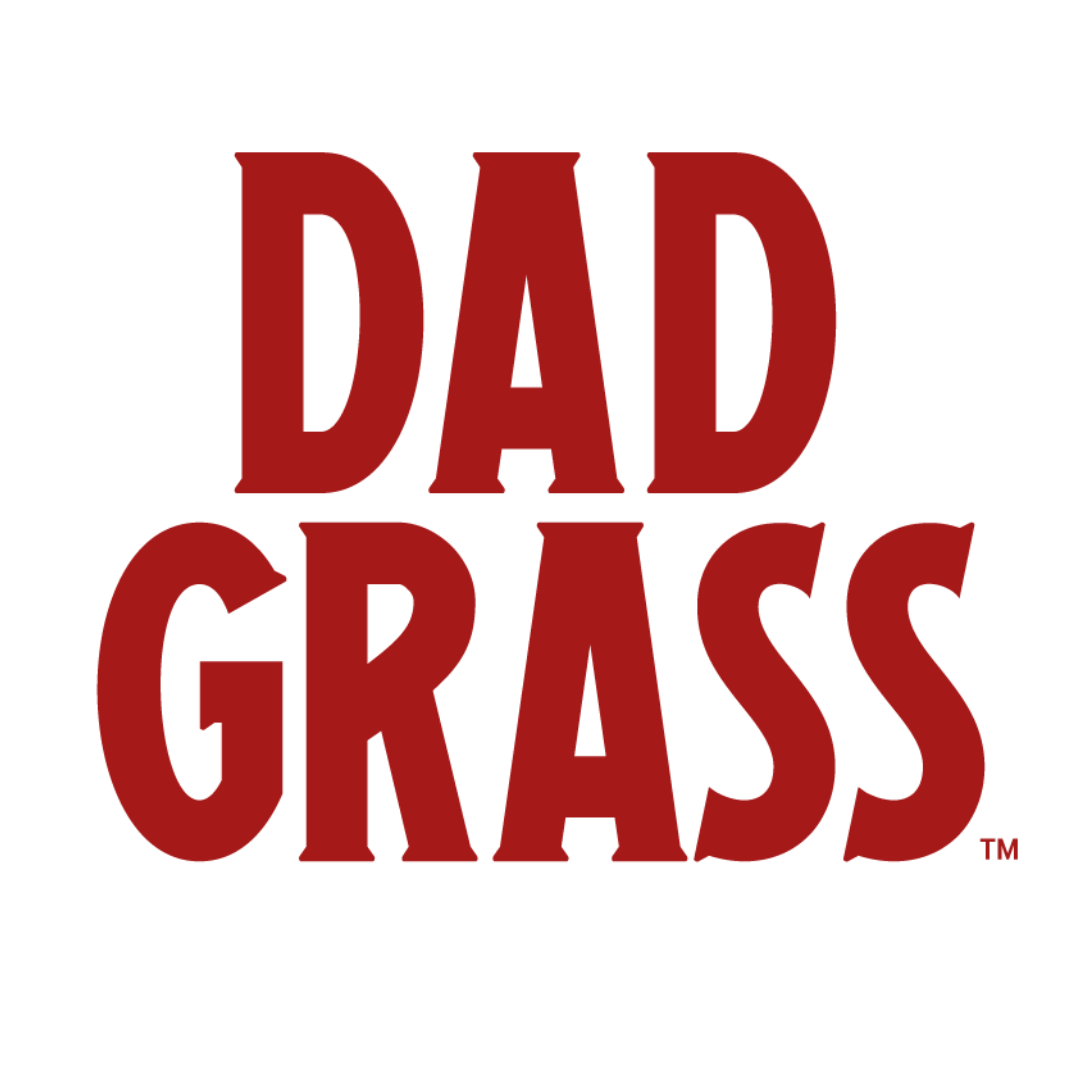 Dad Grass makes CBD products that are made with 100% organic hemp. They offer a really great alternative for when you want to chill out without the munchies, paranoia and potency of today’s weed. Their products are really low in THC and high in CBD, so you can enjoy the relaxing effects while keeping a clear head. Dad Grass has a variety of products, from their token smokable pre-rolled joints, to hemp flower, and CBD tincture drops.

Right now, Dad Grass is offering our listeners 20% off your first order when you go to: 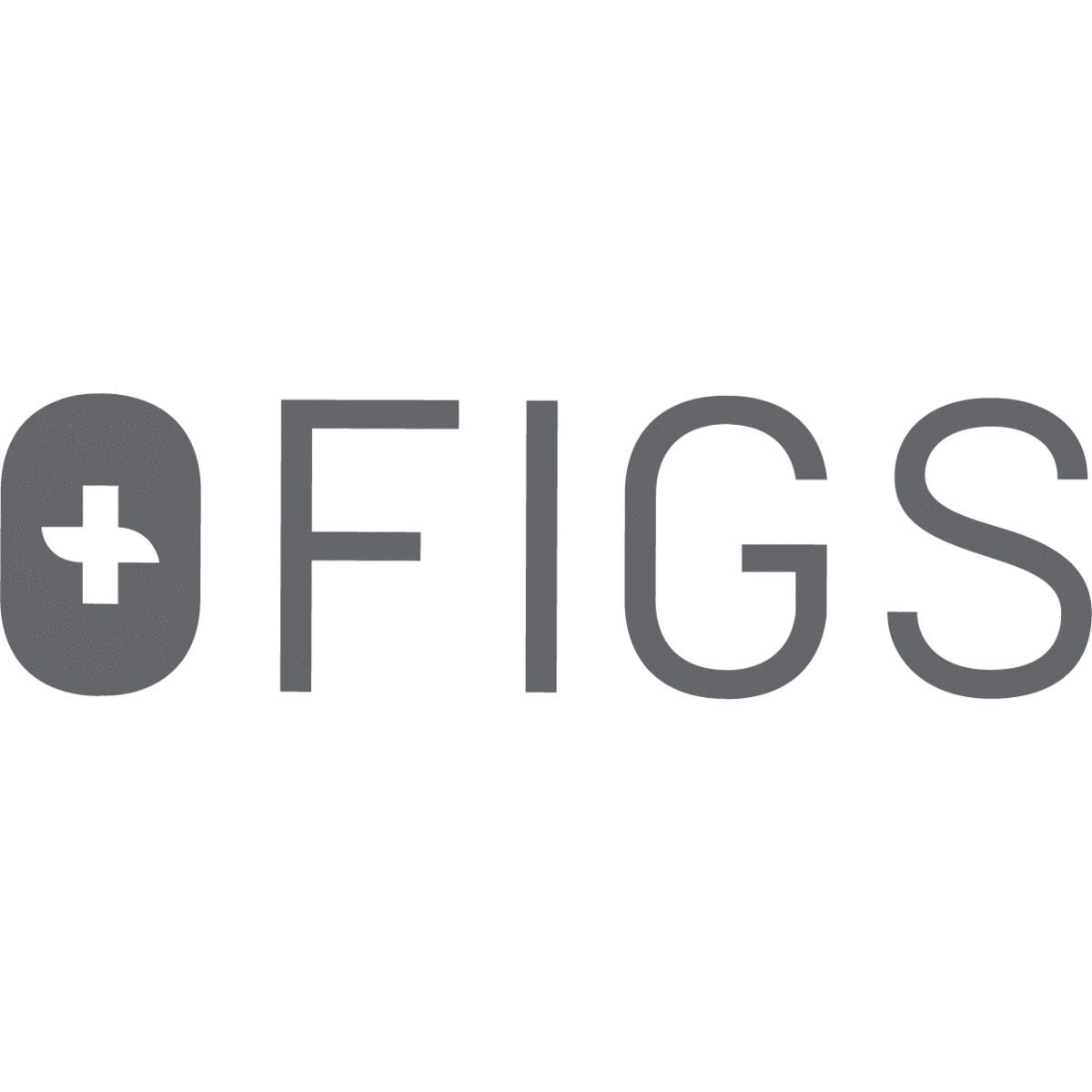 FIGS is on a mission to make awesome scrubs suited for the awesome humans working in healthcare. Forget boxy, itchy cotton scrubs. FIGS are engineered to be ridiculously soft and incredibly durable. Using their innovative Technical Comfort™ technology, FIGS blends comfort, style, and durability into high-performance scrubs that help you perform at your best—whatever the day throws at you. FIGS believes the awesome humans in healthcare deserve scrubs that match. Head to wearFIGS.com and use code REALM to get 15% off your first order. 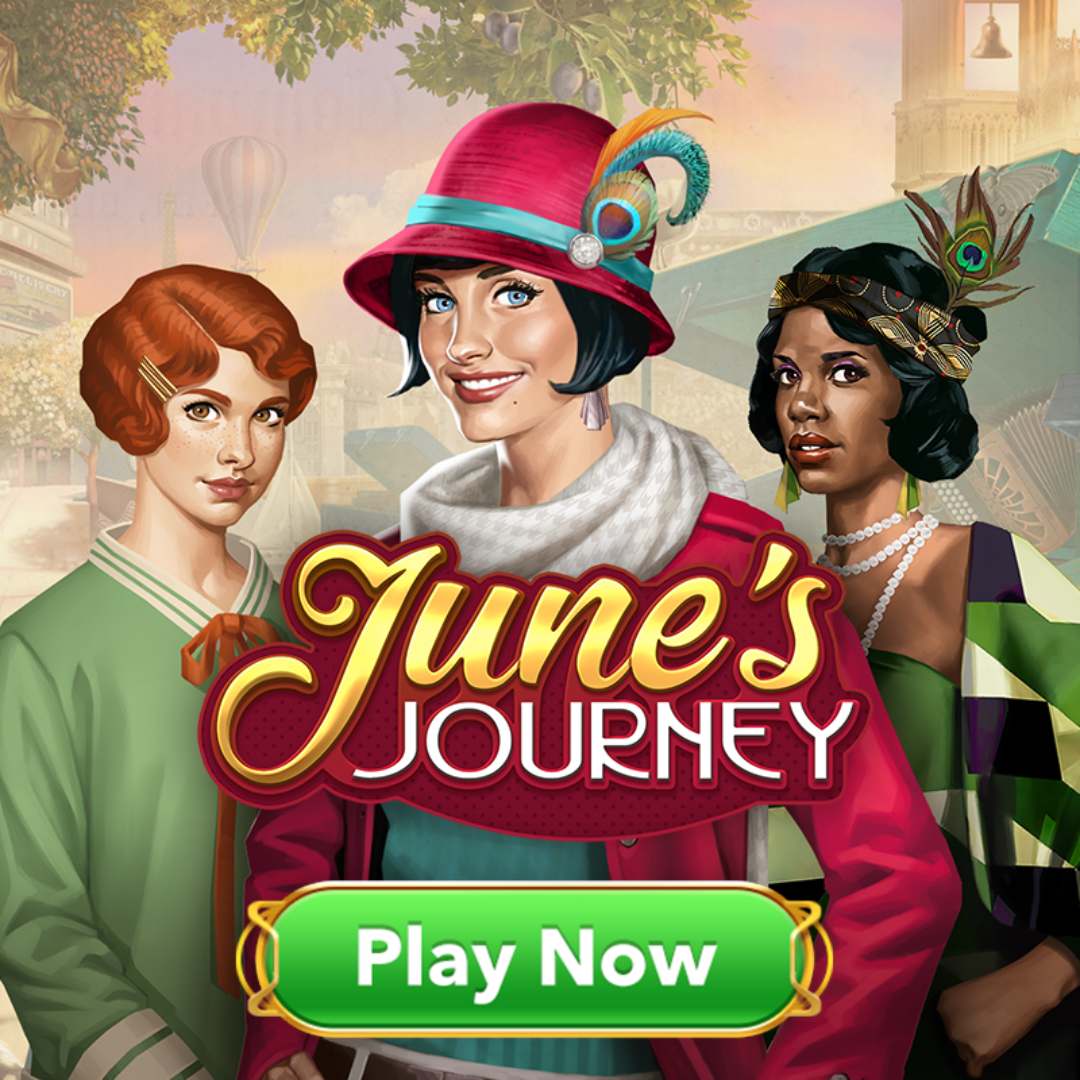 June’s Journey is a really fun mobile game where you get to play as an amateur detective to investigate a series of mysteries.

You can search for hidden clues across thousands of vivid scenes, and with new chapters every week, there’s always a new case waiting to be cracked. Time is of the essence, and not just because it always is during an investigation, but because the more quickly and accurately you clear a scene, the more points you get - and the faster you can uncover more clues. It’s become a great way to test my memory skills in a fun way, because you have to revisit scenes to move forward, and I love celebrating the tiny victories of remembering exactly where that pocketwatch or footprint was the last time I played.

The game is also set in the Roaring Twenties, so you just know it’s a great time! June’s Journey will help you see that there is a detective in all of us! Find your inner detective and download June’s Journey free today on the Apple App Store or Google Play! 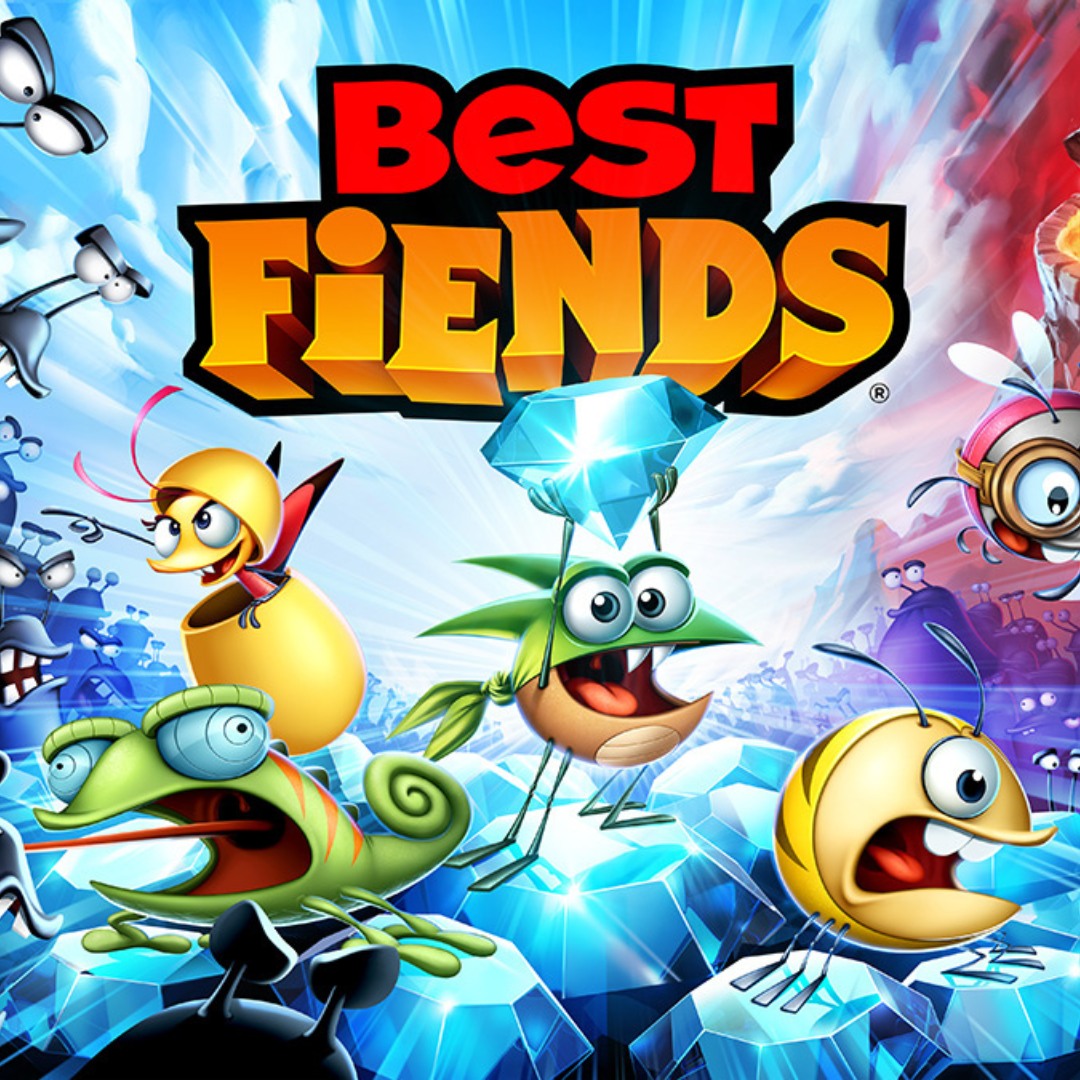 Best Fiends, That’s friends, without the r—Best Fiends, is the mobile puzzle adventure game you want to play for hours on end, even when you only have a few moments to spare. From the vibrant artwork and adventure-packed
storyline to the cute, collectible characters and supercharged power-ups, Best Fiends is designed to be the most obsession-worthy game ever.
‍

There are literally thousands of levels, plus tons of in-game events added every month for even more ways to win. And the best part is, you can play anytime, anywhere. No Wi-Fi? No problem!
Of course, people may start to wonder about your mysterious disappearances…Until they see how much fun you’re having!

Download your new favorite getaway, BEST FIENDS, for FREE today on the Apple Store or Google Play.
You'll even get $5 worth of in-game rewards when you reach Level 5. 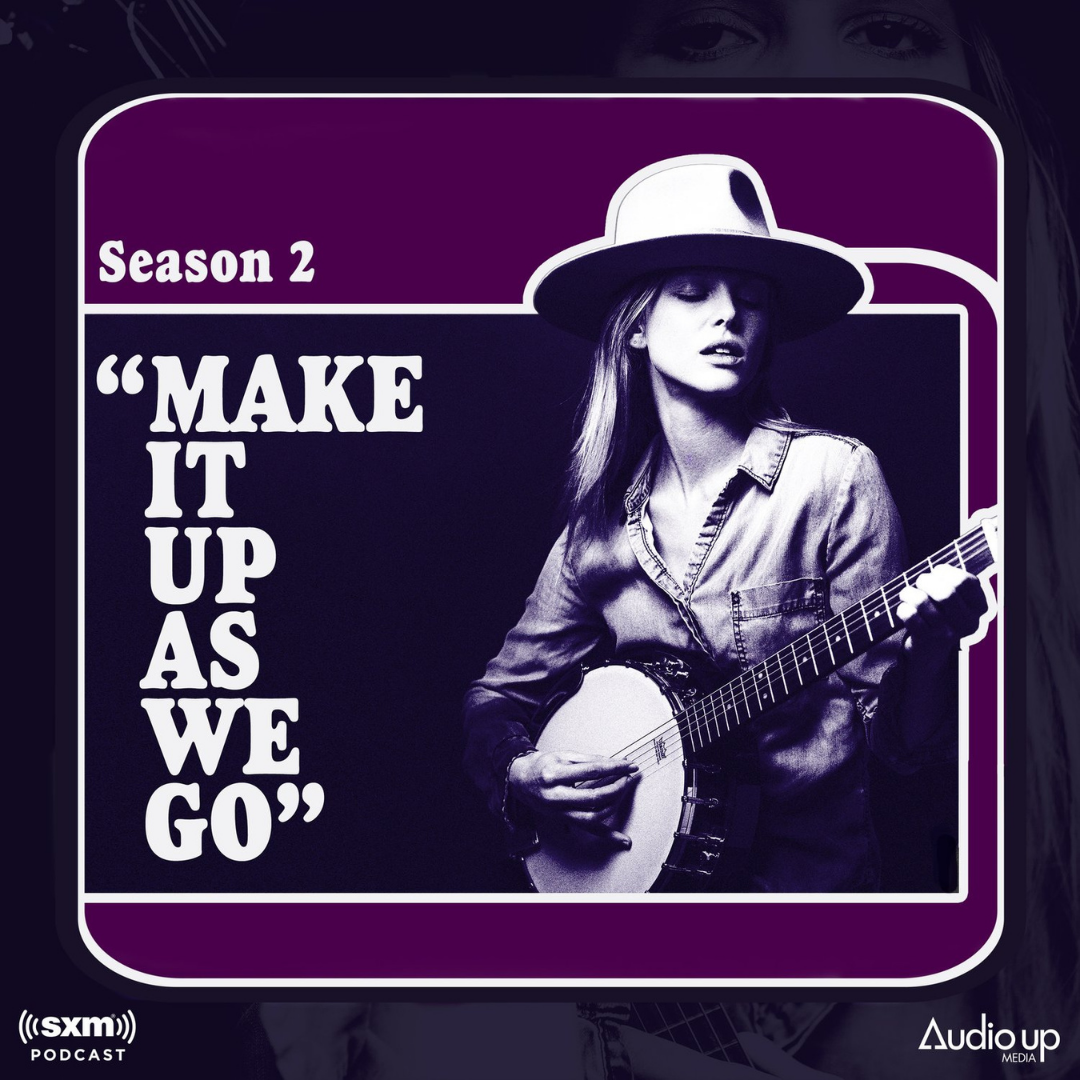 Make it Up As We Go

A scripted, country musical executive produced by Miranda Lambert - and it’s called “Make it up as We Go.” The show follows a young female singer-songwriter named Charlotte Sayles as she navigates the world of Nashville and the cutthroat songwriting rooms she’s suddenly thrust into.

This show is really cool and unique, and it stars talent like Garrett Hedlund, Elle King, Abby Anderson, Chord Overstreet, Shooter Jennings, and many more. I can’t stress enough how original this series is - not to mention that the soundtrack that accompanies it is beyond incredible and was written and produced with Shooter, Liz Rose, Scarlett Burke, Abby Anderson and Elle King - just to name a few.

If this show strikes a chord with you, check out “Make it Up As We Go” from Audio Up and Sirius XM wherever you get your podcasts. 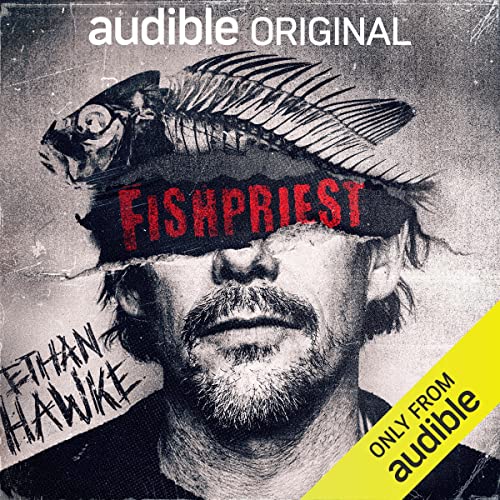 The new Audible Original, Fishpriest, a thrilling crime drama set in the 1990s Bronx, produced by and starting Ethan Hawke. Tommy “Fishpriest” Barth is a disgraced cop nicknamed after his weapon of choice - a baton used for killing fish, but it works on people just fine. Tommy has seen the chaos of rampant crime and the crack epidemic firsthand, so when his ex-partner offers him a shot at redemption, he chooses to risk everything he’s rebuilt to get it.

Fishpriest is a cinematic Audible Original presented in eight-episodes with intense, wall-to-wall sound design and grim and gritty performances at a fever-pitch.

It’d be a crime to miss this show, so be sure to listen on Audible at audible.com/fishpriest 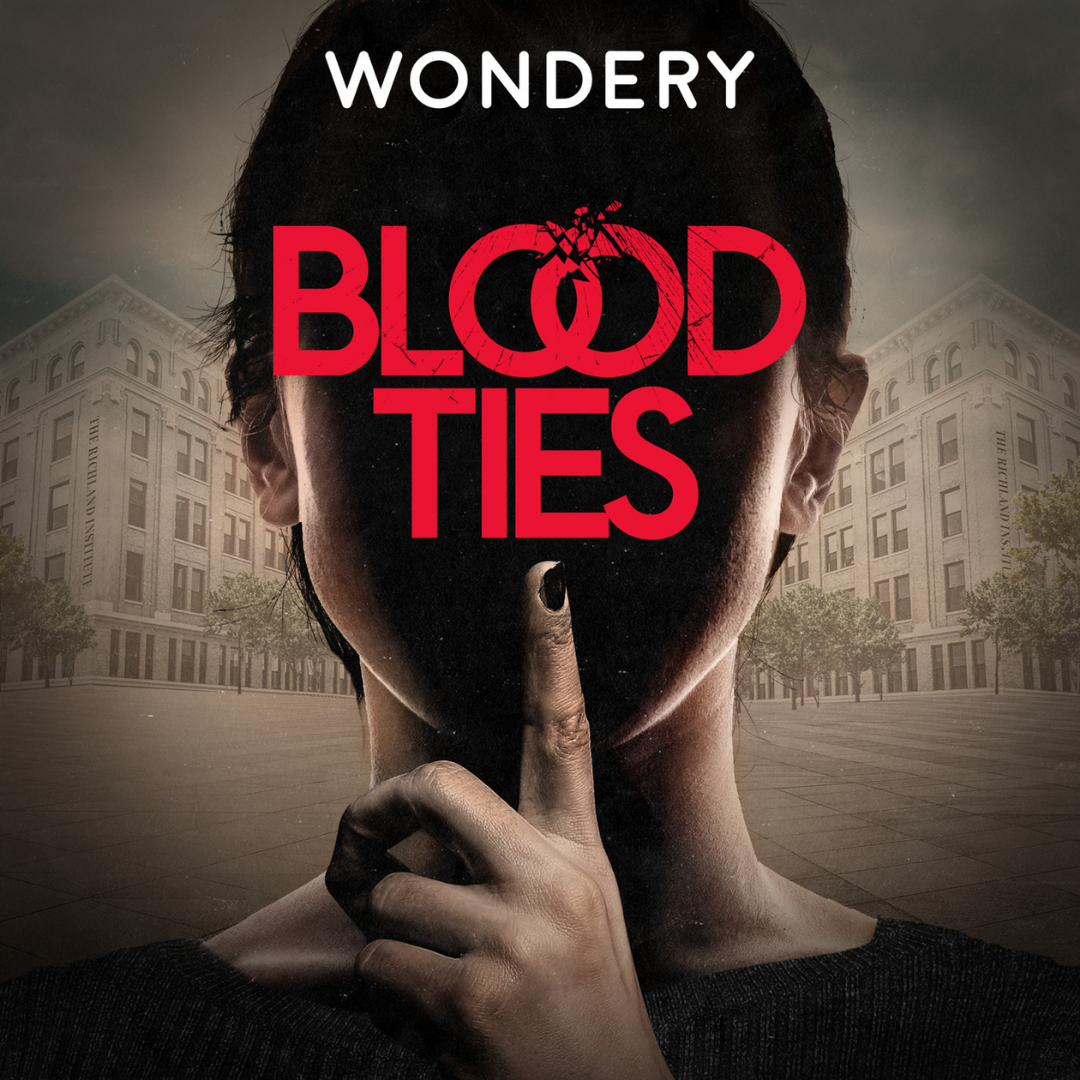 Blood Ties is returning for its third season, “Strange Days,” with another thrilling story about greed, power, and deception. Gillian Jacobs from Community plays Eleanor, who took over as CEO of the infamous Richland family empire 5 years ago, alongside her half-brother Santino, played by Christian Navarro from 13 Reasons Why.

‍
Together they decide to invest the family fortune in a groundbreaking controversial new drug. But as shocking revelations about the new treatment emerge, Eleanor and Santino go to every length to protect their control of the Richland family dynasty. Her father did always say, “medicine is a bloody business”.

‍
Listen to Bloodties: Strange Days by joining Wondery Plus in the Wondery App or on Apple Podcasts. 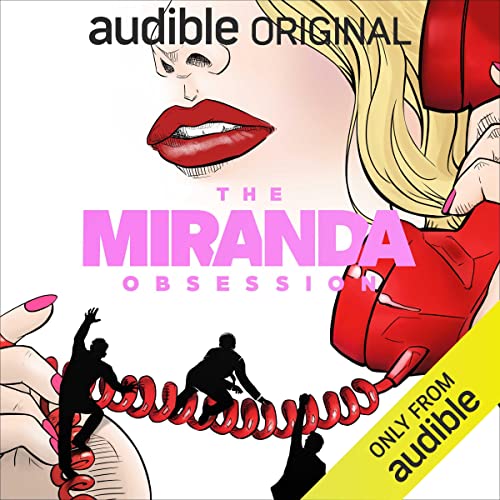 The Miranda Obsession is an unbelievable Hollywood story set in the 1980s where one mysterious woman carried on intimate relationships with major celebrities – all through conversations over the phone. Billy Joel, screenwriter Buck Henry, filmmaker Paul Schrader and record executive Richard Perry are just some of the men who fell under her spell. It’s a fascinating look at how far some of us will go to make a connection with each other, but the question becomes: how real is that connection, and how real is Miranda?

Listen on Audible at audible.com/themirandaobsession 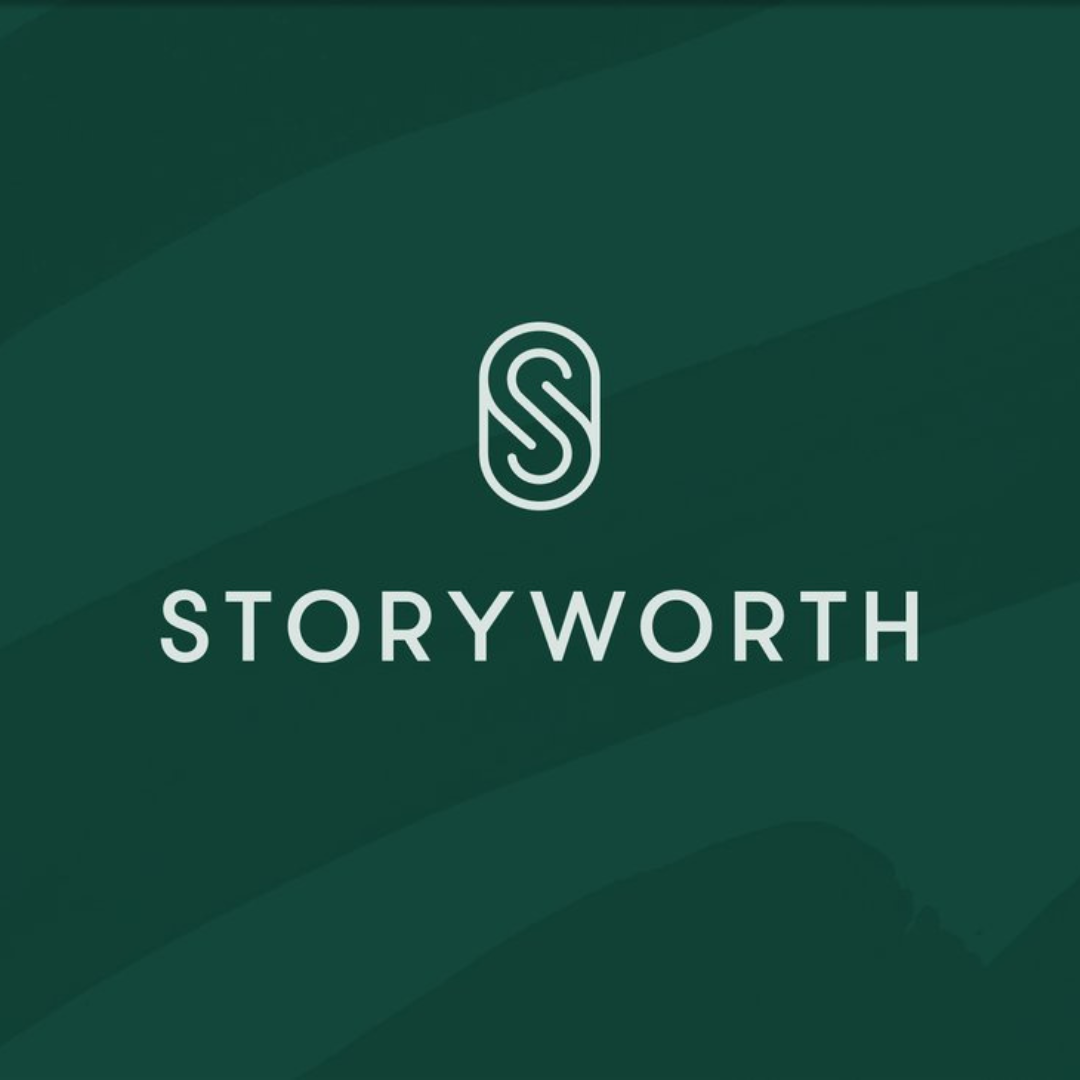 Each week StoryWorth will email your mom or loved one a thought-provoking question of your choice. Then, after a year of questions and memories, StoryWorth compiles everything, including photos, into a beautiful keepsake book that you and your family can share for generations. With StoryWorth, every week is an opportunity to hear a new story or see shared memories in a new light. Give all the “moms” in your life a meaningful gift you’ll both cherish for years – StoryWorth! Right now, for a limited time, you’ll save $10 on your first purchase when you go to: 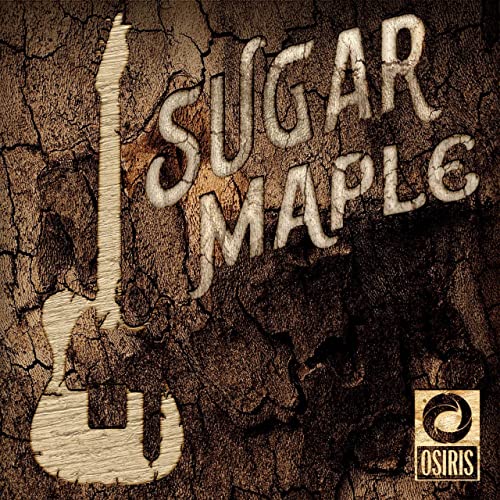 Music can have a unique power over us, and the musical fiction podcast Sugar Maple, presented by Osiris Media, explores just that. Sugar Maple features an original soundtrack and is narrated by Fred Savage of The Wonder Years, but the star of the show is the guitar, Sugar Maple, a Fender Telecaster rebuilt using a scrap of mysterious wood. Each episode features a new person discovering Sugar Maple, creating a song, and parting with it by strange circumstance. The show is part adventure, part fantasy, part music. 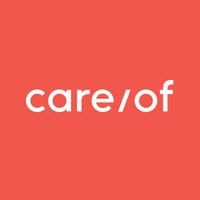 Care/of is a subscription service that ships high-quality, personalized vitamins, supplements, and powders conveniently to your door every month. You just take a short, but in-depth quiz about your health goals and lifestyle, and get personally tailored recommendations based on your answers. Care/of’s products are made from clean ingredients backed by the latest science and research, and their personalized packs are made from a plant-based, compostable film so you can feel good about the impact your vitamins are having on your health and the planet. For your offer go to TakeCareOf.com and use the following code: 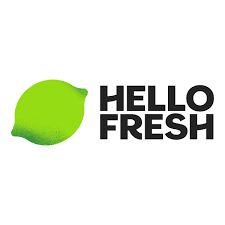 HelloFresh offers convenient, contact-free delivery right to your doorstep, cutting out stressful meal planning and grocery store trips, so all you need to do is prepare your dinner in about 30 minutes or less. And beyond the great dinner options, HelloFresh’s selection of add-ons gets bigger and better every week, offering quick breakfasts and lunches, savory sides, and crave-worthy desserts. Go to the following URL and use the following code for your offer:

HelloFresh.com/outliers16 and use code outliers16

HelloFresh.com/witches16 and use code witches16

HelloFresh.com/marigold16 and use code marigold16 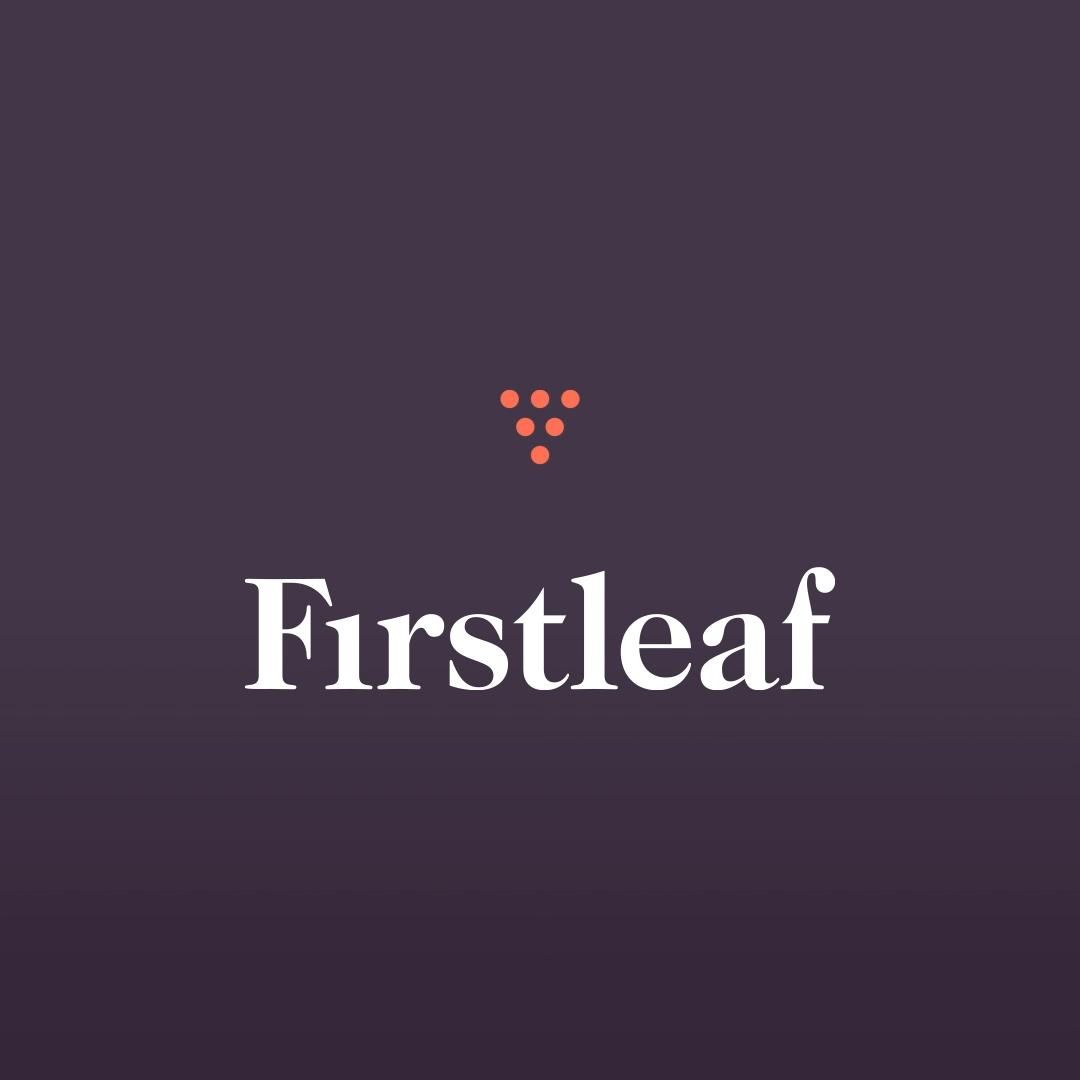 Firstleaf is a wine club that curates and ships wines that are personalized to your tastes! You take a quiz all about what wines you like, your taste in food, and how much you already know about wine so they can build a box that fits you. It was nice to not feel intimidated by a wine quiz, and I think even someone knowledgeable about wine will get the chance to be introduced to something new.

Go to TryFirstleaf.com/MARIGOLD for your offer. 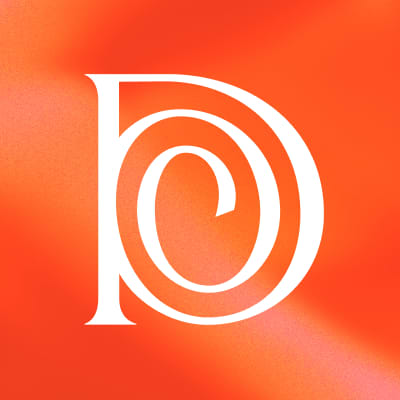 Dipsea Stories is an app full of sexy audio stories. Close your eyes and let yourself get lost in a world where only good things happen, and pleasure is your only priority. The stories range from light and flirty to hot and heavy, and they have a wide variety of voices and scenarios, including tons of queer stories, so you can tailor your listening to your interests. Dipsea also has wellness sessions to help you wind down and sleep sessions to help you drift off. For listeners of the show, Dipsea is offering an extended 30 day free trial, that’s 30 days of full access for free when you go:

Green Chef is the #1 Meal Kit for Eating Well, so if you’d like to eat well too, go to:

greenchef.com/witches130 and use code witches130 to get $130 off, plus free shipping!