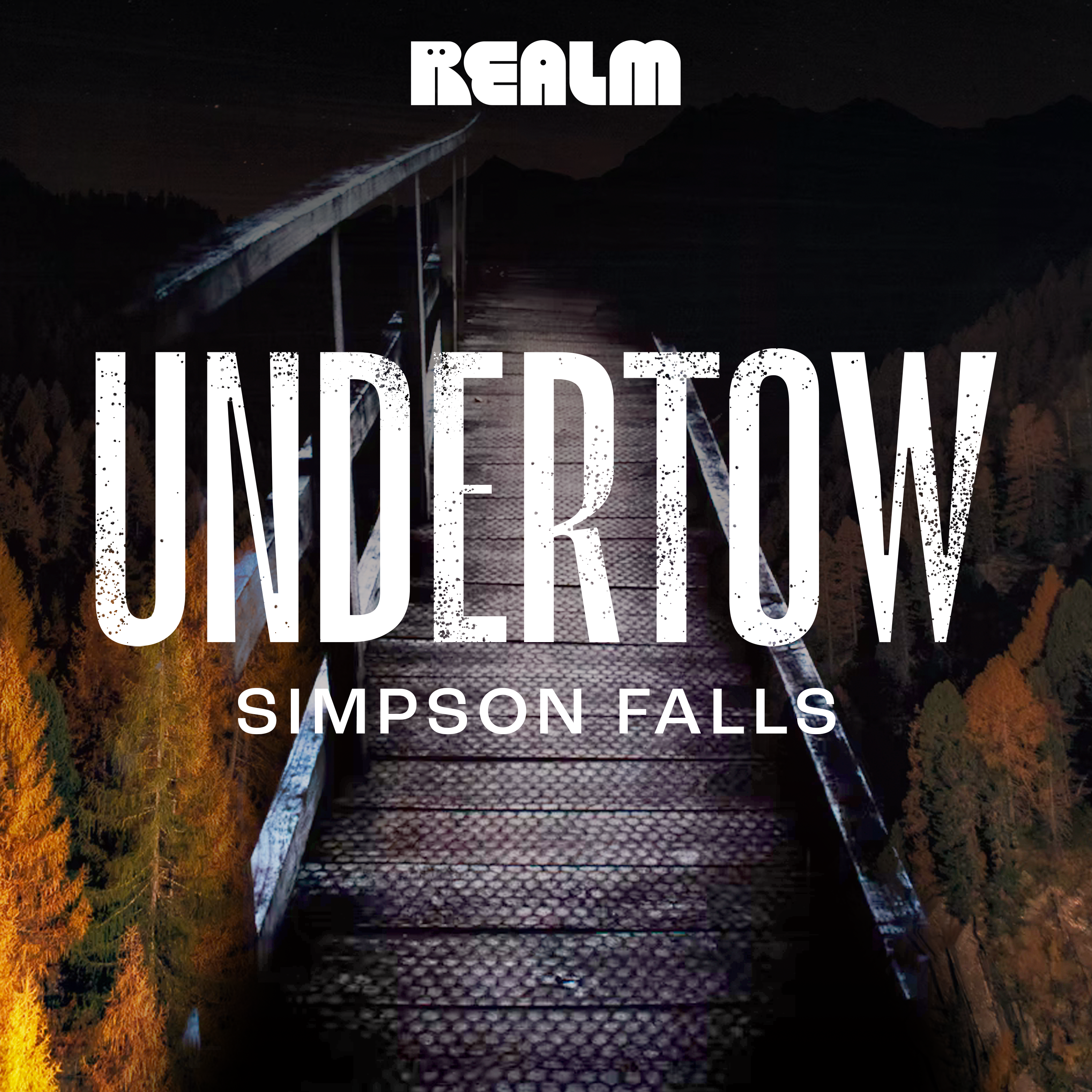 Come peek beneath the surface of a seemingly humdrum New England community, where eerie rip-currents twist the reality of small-town life. UNDERTOW is an ongoing horror series featuring connected stories of how personal revelations and emotional frailty often sever our ties to tradition, only to reveal monstrous secrets within.
Every week, we’ll take you deeper into this warped version of Maine, where creator/producer, host and Pine Tree State native Fred Greenhalgh first envisioned this expansive universe. Shaped by Stephen King, UNDERTOW is sure to pull you in and leave you gasping for more.

This month, you can sink your teeth into SIMPSON FALLS, a podcast about confronting an evil from your past that you aren’t prepared to face..

When an investigative journalist returns to his hometown of Simpson Falls, Maine, a mysterious conspiracy unearths secrets from his past he can’t escape.

Reporter Tony Baxter returns to his childhood home of Simpson Falls with an axe to grind, determined to root out corruption. But his sleuthing of the Malleus Corporation’s investment in the town leads him down a dangerous path, where his own unresolved trauma lies in wait. Joined by friend and fellow lost soul Sonia Proud, Tony must confront the tragedy that shaped him deep in the New England woods— but if they aren’t careful, the malevolent forces in Simpson Falls won’t let them escape.

Heard Undertow: Simpson Falls on Realm yet? Join me: https://realmfm.page.link/xNJHHwQYRFACoVDy6

If this is your first journey into the Undertow, start right here! Host Fred Greenhalgh is here to welcome you to this warped version of Maine, and let you know what to expect while you're here.

Reporter Tony Baxter is called back to his home town of Simpson Falls, Maine to investigate a new multi-million dollar boutique hospital project by the mysterious Malleus Corporation.

Tony and Sonia pull together to get to their assignment - the Press Conference about the new hospital - and start to get a feel for what's really going down in Simpson Falls.

Sonia joins Digby and Madge for a Dark Tome conspiracy theory tour and discovers she's getting far more than she bargained for.

Tony takes Sonia to the iconic Mona's Diner, and while grappling with the age-old question, "Whoopie pie or blueberry pie?" an unexpected visitor changes their trajectory.

With their stay in Simpson Falls unexpectedly extended, Tony and Ricky visit an old childhood haunt while Sonia unearths secrets tucked along the river.

Tony and Sonia find themselves within the mirrored walls of the Malleus Corporation building, fighting to hang on to health and sanity, as memory and reality grow increasingly unreliable.

Sonia's nightmares may become reality as Tony makes a momentous decision to confront his past.

Knocked off balance between there and now and the over there, Sonia latches on to an unreliable narrator to help her track down Tony. The crossing will be more dangerous than she could ever imagine.

Tony has the opportunity to revisit the moment in his childhood when everything changed, and faces an impossible choice.

A chapter ends, and a new chapter opens - insofar as there are beginnings, and ends, and middles.

A group of buddies goes hunting in the Maine woods and find an evil beyond imagination.

An unwitting trip to the dark world of Fae turns a camper in the 1950s into the unwitting servant of the Seelie Queen. How will he contend with all the delectably bloody acts she wants her pawn to commit?